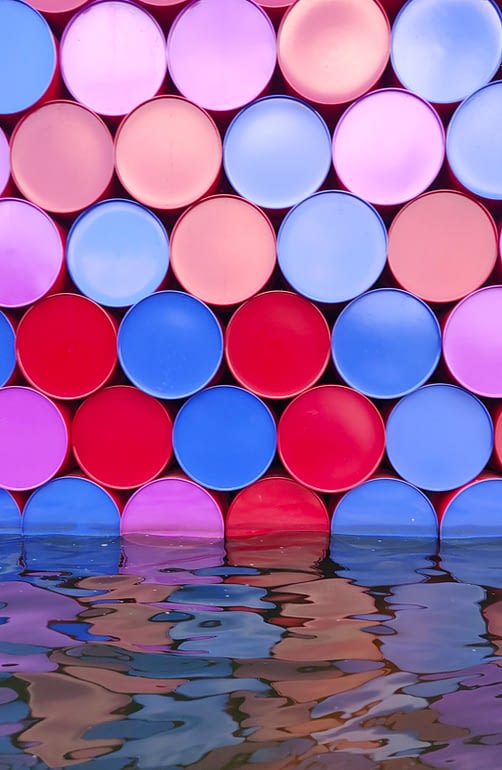 Living in lockdown for over 2 months without access to galleries, museums and exhibitions, we realise we can live without art, but isn’t the world a much more beautiful place with it? Whether you admire it or it disturbs you, Christo Javacheff and Jeanne-Claude Denat’s large environmental artwork is deep in meaning and intrinsic qualities. How did they unwrap viewers’ imaginations while wrapping the world? What is the meaning of their signature wrapping? Why are we so often offered their ephemeral projects as precedents in our Architectural education? In tribute to Christo who passed away last week, today we are exploring these questions and some of the lesser known facts about Bulgarian-born artist Christo.

IN SEARCH OF FREEDOM

As a Bulgarian myself, who also happens to come from a town near the one he was born in, I feel personally connected to him and eager to expose the factors driving Christo’s life choices and how he managed to realise his controversial artworks. Christo was born when Bulgaria was under repressive Communist rule in the bohemian family of a fabrics chemist and a political activist, always surrounded by artists and intellectuals and their progressive ideas. He attended the Art Academy in Sofia where he was supposed to deliver anti-capitalist propaganda work in praise of socialism. Such work was against his ideals and at only 21, he fled to Prague in the pursuit of freedom of expression. Later he managed to escape to Austria – officially stateless, broke and not knowing the language, but free to create art as he saw it.

The work of art is a scream of freedom

In Paris, he met Jeanne-Claude who soon became not only his wife but also his lifelong collaborator and muse. Born on the same day and year, their minds envisaged a similar world and they started creating conceptual projects from any materials they could afford – barrels, fabrics, rope – playing with the various qualities of technicolours under the changing weather conditions and giving them sculptural significance. Christo and Jeanne-Claude have always expressed that their artwork is in progress and it will continue after their deaths. They also never flew together to make sure that if anything happened to one, the other would complete the work – yet another proof of their dedication to the projects.

The inseparable duo always sought financial freedom too. They never accepted commissions, corporate or government money for their work and financed it alone through sales of drawings and photos. Christo, who regards himself as ‘an educated marxist who has learned to use capitalism in his favour’ for realising his inconceivable art, says that this, in his view, is freedom.

The usual formidable logistical preparations, legal challenges and bureaucratic governmental obstacles are as much a part of the artwork as its location and context. The wrapping material alone, he says, doesn’t make the art. And in the end nobody can own them, nobody can buy them, nobody can charge for tickets – they are free.

As he put it, their work is ‘beautiful, unbelievably useless, totally unnecessary’, the value is purely aesthetic. Large in scale but leaving no trace, their work is never on display for longer than the time it took to create it, only leaving the memory of a shifted reality. To remember it, we need  to go to the drawings.

In the ’70s, they realised The Running Fence, a 40km long fabric fence that curled through the hills of northern California. In the ‘80s, they surrounded islands in Miami and in the ‘90s, they wrapped the oldest bridge in Paris. But perhaps their most famous and controversial project remains the Wrapped Reichstag – a historically significant building which they concealed in fabric soon after the fall of the Berlin Wall, supposedly meant to symbolise hiding the past and offering a blank canvas for the new identity of modern Germany.

A more recent piece of work is The Floating piers, a vision they had had for over 40 years. The project was a ‘total madness’, greeting over 200,000 people on one of the days when the ever expected maximum was 45,000. It brought people together in the shared experience of ‘walking on water’, allowing them to feel the ‘real wind, dry, wet; real fear and real joy’.

Their last realised work was the 20m tall floating pyramid in Hyde Park, composed of 7,506 multi-coloured oil barrels. Named ‘London Mastaba’, meaning ‘house of eternity’, it was a project that took over 20 years from inception to fruition.

Experiencing it from the eyes of an architecture student aimlessly wheeling around it in a pedalo boat, I recalled the numerous times during my education when tutors directed us to Christo’s art for inspiration – an example of work defying categorisation and restrictions to possibility – completely fantastical until materialised. Their work was presented to us as an escape from morals, politics and economics, but could the function of oil barrels be a reference to the West’s dependency on oil? With titles such as ‘The Iron Curtain’ (another oil barrel project from 1962) it is hard not to associate their work with political events such as the Berlin Wall built only 1 year prior. However, Christo never explained his work, leaving it to the viewer’s imagination. He believed that ‘anything driven by a message is propaganda and art is something beyond that.’

All of their art was temporary but also timeless, and we realise its relevance perhaps now more than ever as our Post-Industrial society slowly moves into The Experience Age. Long before the social, funhouse-like Instagram playgrounds, also called ‘interactive museums’ came into existence, Christo and Jeanne-Claude wrapped up, draped over and adorned landscapes and famous buildings in ways that enhanced or altered our view on nature and asked us to not merely observe it but rather experience it for a brief and unique moment of reality. Will we thus see more artists following his style of viewing art as an experience or will it remain unique? Time will tell, but for now let’s just hope that Christo’s last work in development, wrapping the Arc de Triomphe in Paris (see our article about it), will still proceed as planned for September 2021. 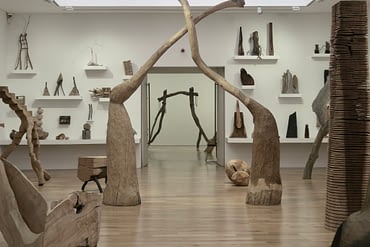 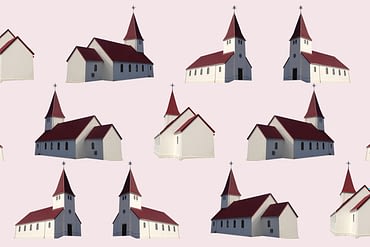 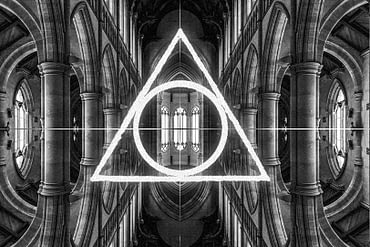 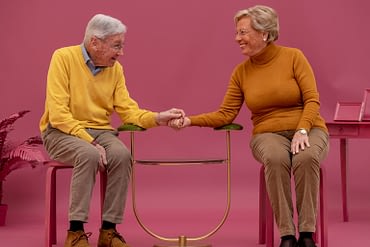