In the midst of the Digital Age, could a hands-on approach be the key to revamping architectural education?

Another year, another successful week of woodworking in the Wyre Forest. The brainchild of architect Piers Taylor, Studio in the Woods is a proactive reaction to the staticity of the digital architect, and the disconnect between the screen and the built environment. In reality, this manifests as a horde of 50 designers wreaking creative havoc on a tranquil patch of forestry; but for many, this is a learning curve that extends further than the trees.

In our age of computational design, architects are progressively being stuck behind the screen. This is a practice taught subconsciously from our foundations at school; digital design makes for a faster, more employable output, and what was once a rare skill now comes as part and parcel of any job description (cue the employers’ mantra, ‘Applicants must be familiar with both two- and three-dimensional design softwares’). Architecture seems to be distancing itself from the act of making; of course, some students are still encouraged to make models, but rarely does one have the chance to work at a 1:1 scale, and with their intended material.

This is the draw of Studio in the Woods for many participants; the opportunity to make, interact, discover. In the digital age, it is easy to make black and white decisions. This is good. This is bad. This material is useful or useless. There is no better way to decide whether a material is right for a purpose than taking it in your hands and letting it speak for itself as to what it wants to be, rather than being crammed into a drawing-shaped hole (a practice which few students are given the means to outgrow). Time in the woods spent working with ungraded softwood, the spare part of the timber world, allows its merits to shine despite its reputation of unreliability. Yet It is an overlooked ‘waste’ material currently disregarded by many architects and – by proxy – by students of architecture globally. Practices learned by architects are inherently practices learned by their students.

The lack of interaction with ‘real’ materials on the large scale is not exclusive to architecture students, of course. In polls conducted amongst young people, they generally result in being less knowledgeable on DIY and handiwork in comparison with older generations. It is only understandable that we, as young architects, have a level of experience similar to these figures; but knowledge of materials and building practices is far more relevant to a student of architecture than a student of law or dentistry, for example. Relevant and useful hands-on experiences should be offered as part of the mandatory curriculum in architecture schools, in order to make students’ experiences sufficient in comparison with other fields. A doctor would not be expected to flawlessly plan a heart surgery without having dissected an organ in medical school; why are architects expected to understand the inner workings of every material they encounter when they are not given the chance to interact with them as part of their education?

Of course, there are a number of young architects who do, in fact, know how to use a hand saw, and would be able to practice exactly what they preach as part of their design work. However, the number of students who could attribute their learning of those skills to their formal architectural education is likely quite low; those I know well, grew up in an environment where handiwork was encouraged, or sought out sitework on their own time. If you would consider yourself a ‘hands-on’ architect, ask yourself; how much of it were you actually taught in architecture school? I absolutely applaud the go-getters who reach beyond the offerings of formal education in order to develop valuable skills and knowledge; though I have to ask, what is the role of education if not to educate? To what extent should we expect to be taught? Is knowledge of real materials really something we should teach ourselves, when our entire discipline revolves around how those materials form spatial experiences?

This element of self-learning is not something that is independent of Studio in the Woods. Seeking knowledge of your own volition is not without its time costs – nor its monetary value, especially in the case of the £300 woodland experience. Other similar courses are also costly (such as Hello Wood in Budapest, coming in at around £400). So the message that is being sent to students (who are often fairly bereft of funds anyway) is that if valuable experiences are not offered to you as part of your already costly education, you will have to pay for them. They remain accessible to the few; though if awareness of the benefits and enjoyment of such courses were to be raised, undoubtedly other cheaper experiences could be organised, even by the students themselves.

It seems odd, still, that construction and architecture should maintain this sort of split that has formed in recent years. Architects design for construction; they are, in theory, inseparable practices. Historically it was possible to be trained in construction and use those skills to move towards a career in architecture, though now it seems there is a difference in perception of both fields. This is, of course, an unfounded disparity; there are skills at play in both fields which take years to hone, and neither is more or less impressive than the other. One visit to a construction site as part of architectural education would do good to close the gap; to show students that yes, you can design a brick wall like that, but watch the skill and time it takes to build it. There is no suggestion that a student should be capable of mastering every skill on show on a construction site; but skimming the surface would do good to be humbled to the capabilities of both the materials and their craftsmen.

Studio in the Woods is not to be seen as a visit to a construction site, however. It is an entirely scaled-down experience, with basic materials and little time to learn new techniques. The timber works created there could just as easily be described as art installations as they could architecture. But it does provide a small insight into one way of making at 1:1; architecture informed by the material, rather than the drawing. The limits of structure defined only by the visible breaking point of its constituents; construction that breathes, speaks. When the pressure is on students to continuously develop digital skills, focus only moves further away from actually building things; which is why any hands-on experience comes as a relief. Whether that experience is paid for, sought out, or included as part and parcel of architectural education is hopefully something that may change in the future. 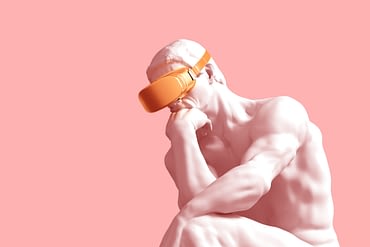 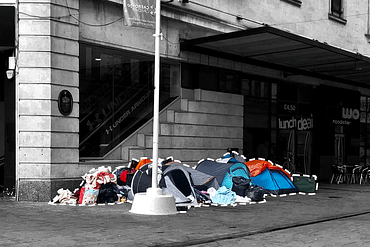